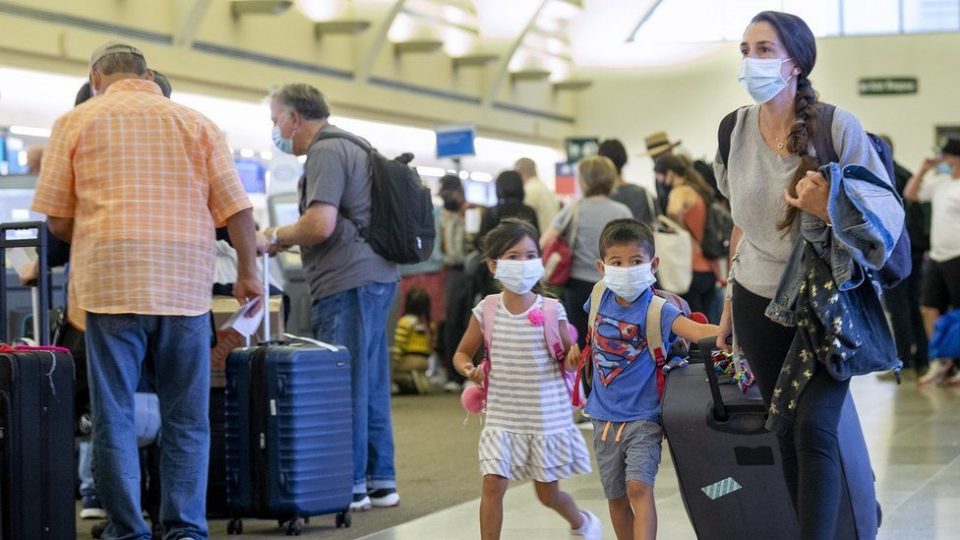 The US is reopening its borders on Monday to double-jabbed foreign visitors, ending a 20-month entry ban.

The ban was imposed by former President Donald Trump due to Covid-19.

It has affected non-US citizens from over 30 countries, including the UK and EU states, separating families and stalling tourism.

Airlines are expecting a flood of visitors as the restrictions are lifted for those who are fully vaccinated, and undergo testing and contact tracing.

In an effort to stop the spread of coronavirus, US borders were initially closed to travellers from China in early 2020. The restrictions were then extended to other countries.

The rules barred entry to most non-US citizens who had been in the UK and a number of other European countries, as well as China, India, South Africa, Iran and Brazil.

Under the new rules, foreign travellers will need to show proof of vaccination before flying, get a negative Covid-19 test result within three days of travelling, and hand over their contact information. They will not have to quarantine.

Ms Henry, from Cheshire, plans to fly to New York on Monday to see her son for the first time in 20 months.

The US land borders with neighbours Canada and Mexico will also reopen for the fully vaccinated.

Thousands of migrants have arrived in areas along Mexico’s border with the US, hoping to take advantage of the newly-relaxed rules.

In southern Mexico, a new caravan of thousands of mainly Central American migrants – many of them children – has crossed from Chiapas to Oaxaca state, with the ultimate aim of reaching the border and being accepted into the US.

The Migrant Alliance Group, a Mexico-based advocacy group, has warned that false information is being spread about the new rules in some communities – with many asylum seekers assuming that they will now receive more favourable treatment from border officials.

Businesses in cities along the border with Mexico are hoping for a boost after struggling under America’s Covid-induced restrictions.

Mr Bastian said: “It’s going to be a bit sloppy at first. I can assure you, there will be lines unfortunately.”

The EU recommended allowing American travellers into the bloc in June, while visitors from the US have been able to travel to the UK since 28 July.