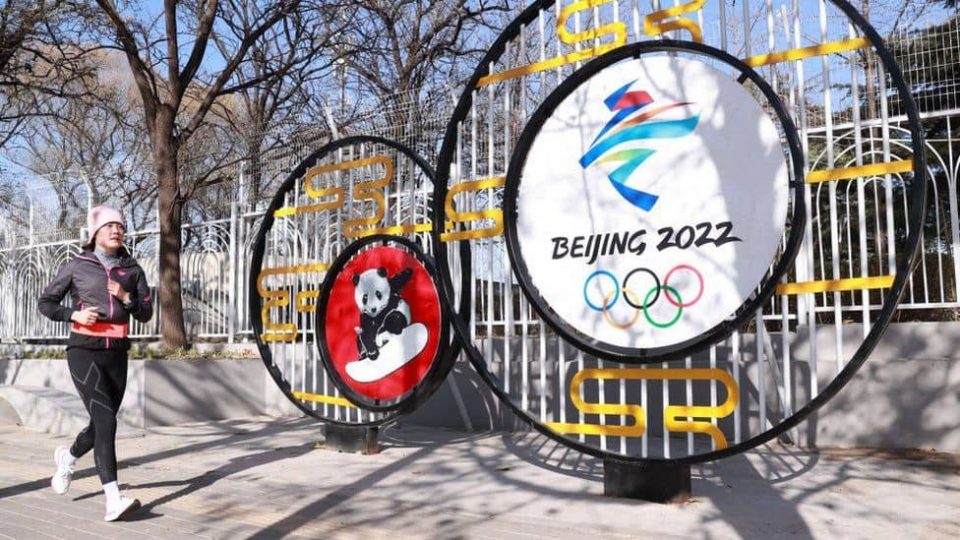 China has condemned a planned US diplomatic boycott of the 2022 Winter Olympics in Beijing and threatened to retaliate.

On Monday, the US said it would not send diplomats to Beijing over concerns about China’s human rights record.

It added that US athletes could go and would have full government support.

At a media briefing on Tuesday, Mr Zhao accused the US of violating “political neutrality in sport” and said the proposed boycott was “based on lies and rumours”.

Tensions are high between both countries. The US has accused China of genocide in its repression of the predominantly Muslim Uyghur minority in the western region of Xinjiang – an allegation China has strongly denied.

Relations are also strained over China’s suppression of political freedoms in Hong Kong, and because of concerns for the Chinese tennis player Peng Shuai, who was not seen for weeks after she accused a top government official of assault.

The Women’s Tennis Association last week suspended all tournaments in China because of “serious doubts” about Ms Peng’s safety.

High-level government representatives – from the US and other countries – are usually present at Olympic Games. Earlier this year, First Lady Jill Biden led the US delegation at the summer Olympics held in Tokyo.

But on Monday, White House Press Secretary Jen Psaki said the US would not contribute to the “fanfare” of the Olympics. She said not sending an official delegation to the 2022 Games “could send a clear message”.

“US diplomatic or official representation would treat these games as business as usual in the face of… egregious human rights abuses and atrocities in Xinjiang,” she said. “We simply can’t do that.”

However, Ms Psaki added the US government did not feel it was right “to penalise athletes who had been training for this moment”.

On Chinese social media platform Weibo, the search topic “US diplomatic boycott of Beijing Winter Olympics” was censored as of Tuesday morning.

Most of the comments below a post on the announcement by state media outlet Global Times were also deleted, leaving only eight out of close to 1,500 comments untouched.

“The Olympics are for athletes, what does it have to do with… politicians? Even if you boycott, the only people you’re hurting are your own countrymen (including athletes),” one such comment read.

China had pre-emptively tried to take the sting out of this in the last few days by dismissing such a move as irrelevant.

Officials said Covid restrictions meant Beijing and the IOC weren’t inviting any dignitaries anyway. You can expect to see this decision derided as yet another sign of a “Cold War mentality”.

But it was always very unlikely that US President Joe Biden or any senior political figure would come to games hosted by a government he said is committing genocide.

In the months building up to this decision, one senior US diplomat I spoke to said they’d try to educate their athletes about what’s happening in Xinjiang and Hong Kong. They envisaged something like “fireside chats” among athletes between events in Beijing.

Some months ago, a senior UK official, intimately involved in policy on China, told me they thought the UK would be seen as America’s “poodle” if it joined a boycott.

In the US, the diplomatic boycott was praised by both Democratic and Republican politicians.

Democratic House of Representatives Speaker Nancy Pelosi said the US and the world could not “proceed as if there is nothing wrong with holding the Olympics in a country perpetrating genocide”.

Some US politicians, however, said the diplomatic boycott was not enough, with Republican Senator Tom Cotton calling it a “half measure” and arguing that the administration should have opted to “fully boycott” the games.

Other countries are also considering the move. UK Deputy Prime Minister Dominic Raab said the country would decide “in due course” whether to join the boycott, adding that he would not personally attend the Olympics. Officials in Japan and Australia have also said they are discussing the measure.

Lithuania announced a diplomatic boycott of the Winter Olympics last week after China downgraded relations with the country over a row about Taiwan. Beijing considers Taiwan part of China, but Taiwan sees itself as independent.

New Zealand, meanwhile, said its officials would not attend due to concerns about the ongoing Covid-19 pandemic. “But we’ve made clear to China on numerous occasions our concerns about human rights,” Deputy Prime Minister Grant Robertson told reporters.

The Biden administration’s diplomatic boycott of the 2022 Winter Olympics falls far short of a previous US boycott in 1980, when it pulled its athletes out of the Moscow Olympics to protest against the Soviet invasion of Afghanistan the previous year.

The Soviet Union and its allies, in turn, boycotted the following 1984 Summer Olympics held in Los Angeles.