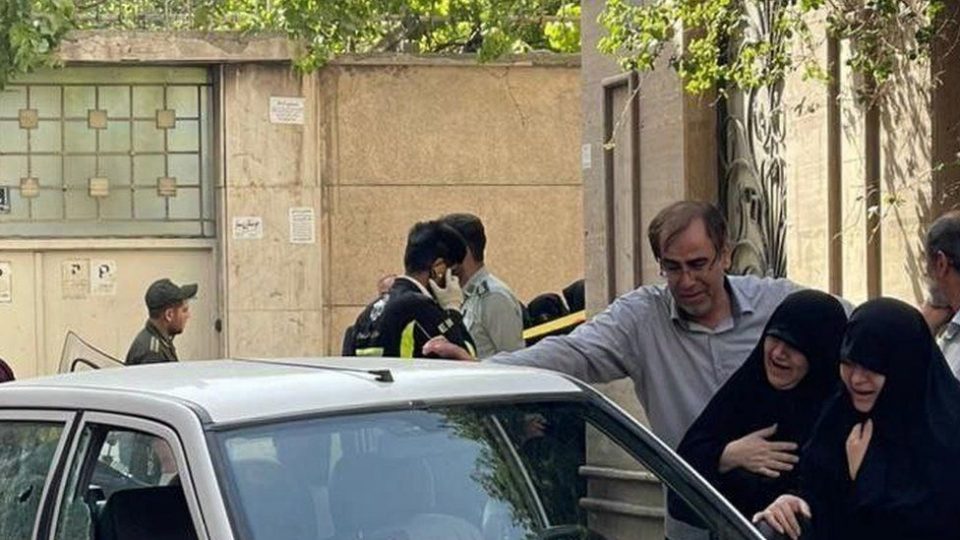 Iran’s president has promised to take revenge after a colonel in the powerful Islamic Revolution Guard Corps (IRGC) was shot dead in Tehran on Sunday.

Two gunmen on a motorbike opened fire at Sayad Khodai as he sat in a car outside his home, state media reported.

Col Khodai was a member of the elite Quds Force, the IRGC’s shadowy overseas operations arm, they said.

President Ebrahim Raisi blamed “the hands of global arrogance” – a reference to the US and its allies.

“I call on security officials to seriously investigate the crime and I have no doubt that revenge on criminals for the pure blood of this honourable martyr is inevitable,” he said.

IRGC spokesman Ramazan Sharif said the “martyrdom” of Col Khodai would strengthen its determination to “defend security, independence and national interests and to confront the enemies of the Iranian nation”

No group or country has claimed it was behind the killing, which was the most high-profile in Iran since the top nuclear scientist Mohsen Fakhrizadeh was shot dead in an attack on his convoy outside Tehran in November 2020.

Iran blamed that assassination on Israel. Israel neither confirmed nor denied involvement, although the former head of its Mossad intelligence agency said last year that Fakhrizadeh had been a target “for many years”.

Iran’s state news agency, Irna, reported that Col Khodai was shot with five bullets as he was getting out of his car in eastern Tehran at around 16:00 (11:30 GMT) on Sunday.

It published photos showing a man slumped in the driver’s seat of a Kia Pride. The front passenger side window appeared to have been shot out.

Irna provided no details about Khodai’s role within the Quds Force, although he was called a “defender of the shrine” – a term used to describe Iran military personnel and Iran-backed militia fighters operating in Syria or Iraq.

The Quds Force oversees the Shia Muslim militias that have fought alongside President Bashar al-Assad’s troops in Syria’s civil war.

It is also believed to direct several Shia militias in Iraq which have developed significant power since helping defeat the Islamic State group.

The US accuses the Quds Force of arming, financing and training terrorist groups across the Middle East, being responsible the deaths of hundreds of American troops in the region, and of plotting many attacks elsewhere. It has designated both the IRGC and the Quds Force as terrorist organisations.

In January 2020, the US assassinated the Quds Force’s top commander, Gen Qasem Soleimani, in a drone strike in Iraq’s capital, Baghdad.

Israeli media reported on Monday that Col Khodai was involved in planning attacks on Israeli and Jewish targets worldwide, without giving their sources.

The Haaretz newspaper said it was “likely” that he was behind an alleged Iranian plot to kill businesspeople in Cyprus, including the billionaire Teddy Sagi, as well as attempts to harm other Israeli businesspeople in Africa, South America and Turkey.

It also mentioned a recent alleged plot to kill an Israeli consulate employee in Turkey, which Israeli officials said was foiled by the Mossad.

Israeli Defence Minister Benny Gantz declined to comment on the killing of Col Khodai when approached by Channel 12 TV during a visit to New York.

The men going to military jail for their faith