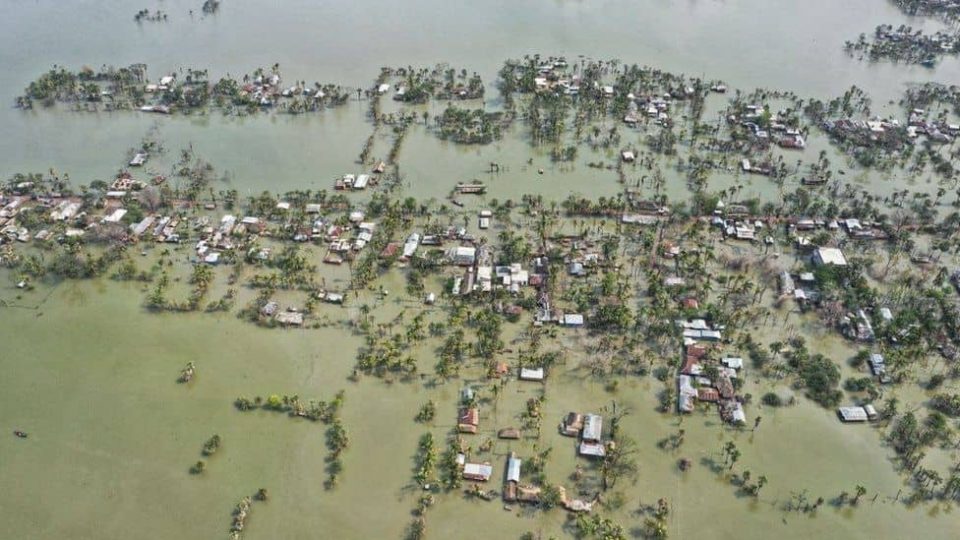 Weather events, linked to a changing climate, brought misery to millions around the world in 2021 according to a new report.

The study, from the charity Christian Aid, identified 10 extreme events that each caused more than $1.5bn of damage.

The biggest financial impacts were from Hurricane Ida which hit the US in August and flooding in Europe in July.

In many poorer regions, floods and storms caused mass displacements of people and severe suffering.

Not every extreme weather event is caused by or linked to climate change, although scientists have become bolder in exploring the connections.

One leading researcher, Dr Friederike Otto, tweeted earlier this year that every heatwave happening in the world now is “made more likely and more intense” by human induced climate change.

In relation to storms and hurricanes, there is growing evidence that climate change is also affecting these events.

In August, the Intergovernmental Panel on Climate Change (IPCC) published the first part of its sixth assessment report.

In relation to hurricanes and tropical cyclones, the authors said they had “high confidence” that the evidence of human influence has strengthened.

Just a few weeks after that report came out, Hurricane Ida hit the US.

According to Christian Aid it was the most financially destructive weather event of the year.

The slow-moving hurricane saw thousands of residents in Louisiana evacuated out of its path.

That storm brought massive rainfall across a number of states and cities, with New York issuing a flash-flood emergency alert for the first time.

Around 95 people died, with the economic losses estimated at $65bn.

The second most financial costly event was the widespread flooding across Germany, France and other European countries in July.

The speed and intensity of the water overwhelmed defences and 240 people lost their lives. Reported damages were around $43bn.

In the study, the majority of the weather events in the list occurred in developed countries.

That’s because it is more feasible to estimate financial losses from insurance claims and these are usually available in richer countries, where people can afford to insure their homes and businesses.

According to insurance company Aon, 2021 is likely to be the fourth time in five years that global natural catastrophes have cost more than $100bn.

The report also documents many other events where the financial impact is harder to ascertain, but where the impact on people is significant.

Flooding in South Sudan displaced over 800,000 people while 200,000 had to move to escape Cyclone Tauktae which hit India, Sri Lanka and the Maldives in May.

“Obviously, losing your home, your livelihoods, and everything, and not having the resources to rebuild that is incredibly tough. Whereas at least if you have insurance, you have some mechanism for building that back.”

The report highlights the need for increased efforts on curbing emissions of carbon dioxide to reduce future weather related impacts. It is also calling on global climate diplomats to put their money where their mouth is and help poorer countries that suffer huge economic losses.

In the COP26 global climate talks in Glasgow, this issue of finance for loss and damage caused by climate-related events saw major disagreement between countries. Developing nations wanted cash – the richer ones said we need more talks on the question.

“Although it was good to see the issue of loss and damage become a major issue at COP26, it was bitterly disappointing to leave without a fund set up to actually help people who are suffering permanent losses from climate change,’ said Nushrat Chowdhury, Christian Aid’s climate justice adviser in Bangladesh.

“Bringing that fund to life needs to be a global priority in 2022.”