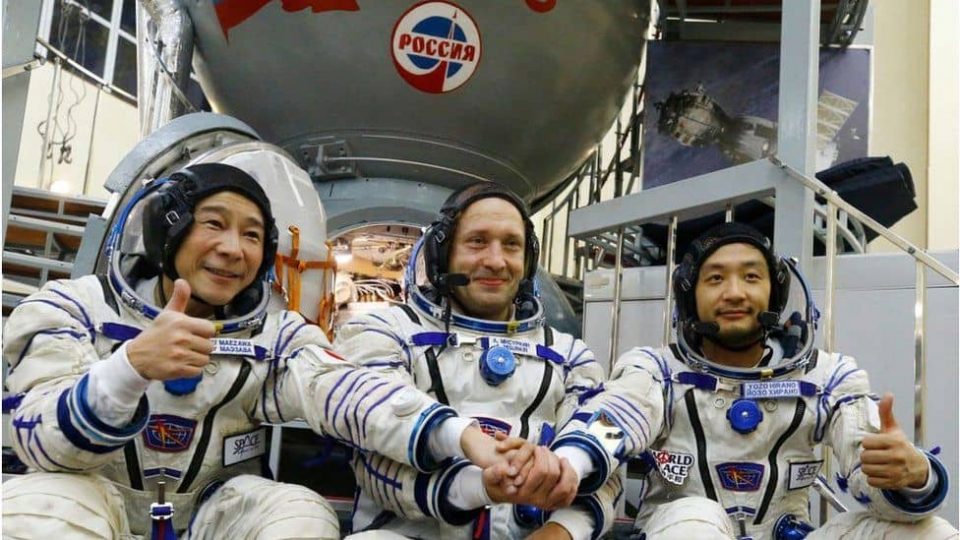 Japanese entrepreneur Yusaku Maezawa has blasted off on a trip to the International Space Station (ISS), joining the growing list of billionaires who have made it to space.

A Russian rocket carrying Mr Maezawa took off from the Baikonur Cosmodrome in Kazakhstan.

He is expected to spend 12 days at the ISS, and is the first space tourist to visit the station in recent years.

It is a precursor to Mr Maezawa’s much-publicised trip to the Moon in 2023.

Mr Maezawa underwent a rigorous training programme prior to the launch, which included sleeping on an inclined bed, being spun around in a chair and playing long periods of badminton – all of which he has documented on social media.

In an earlier press conference Mr Maezawa said the trip was a “dream come true”.

“People can have hopes and dreams (by seeing that) a regular person like me can go into such an unknown world,” said the billionaire.

He has promised to perform 100 tasks while on the ISS, culled from a list of suggestions contributed by the public.

It ranges from the expected, such as introducing his fellow astronauts and showing viewers what life is like on the ISS; to the more whimsical such as playing golf, blowing bubbles, and throwing a paper aeroplane.

Mr Maezawa’s voyage, which is reportedly costing him $88m (£66m), follows fellow billionaire Jeff Bezos’ short journey to space and Richard Branson’s trip to the edge of space earlier this year, in rockets built by their private companies.

Who is Yusaku Maezawa?

The Japanese entrepreneur is known for his eclectic background. The former drummer of a punk rock band founded a company called Start Today in 1998 selling rare CDs and records.

He later pivoted to fashion with e-retailer Zozotown in 2004, and became a billionaire by the time he was in his mid-30s.

Mr Maezawa’s passion for space travel has been well-documented in recent years.

He made international news in 2019 when he was revealed to be the first private passenger slated to be flown around the Moon by SpaceX, the company owned by fellow billionaire Elon Musk.

That flight, called dearMoon, is scheduled to happen in 2023. Mr Maezawa announced in March that he would bring eight members of the public along with him and foot the cost of the entire journey.

Last year, he also launched a documentary search for a new girlfriend to join him on the trip, before cancelling due to “mixed feelings”.

He has also attracted controversy for holding multiple cash giveaways on Twitter, and in 2019 one of his posts became the most retweeted tweet at that time after promising financial incentives. Mr Maezawa has said he will conduct another giveaway from space on his latest trip.

Why is Russia sending him to space?

On Wednesday Mr Maezawa travelled to space in a Russian Soyuz rocket, and is the first self-funded space tourist to travel to the ISS in more than a decade.

For many years the only way to reach the ISS was to travel on a Soyuz capsule, and Russia has a track record of sending space tourists to the station in the 2000s including US millionaire Dennis Tito, the first non-astronaut to go into space.

It suspended its private space programme in 2010.

But with the idea of space tourism gaining pace, in part stoked by companies such as SpaceX, it has started allowing paying customers like Mr Maezawa on its launches again.

Russia also sent film director Klim Shipenko and actor Yulia Peresild to the station in October, who filmed scenes for an upcoming movie.

A revival of Russian space tourism?

In the West the likes of Richard Branson, Elon Musk and Jeff Bezos have been working on developing a separate sector of space exploration which is purely for entertainment of rich clients,

But Russia has not worked out a way of separating the tourists from the professional cosmonauts. When a tourist goes into space on a Russian ticket, they have to be physically and, to some extent, technically, as well prepared as professional astronauts, and go up as a team with space crew.

This requires much more time, money and other resources. It has left the system open to criticism that the tourists are taking up valuable space which should be reserved for the professionals only.

Yet, what Russia is offering to tourists is arguably a much realer space experience.

Western commercial space flights are barely breaking the line between the Earth atmosphere and outer space, known as the Karman line, at the altitude of 100 km above sea level. These trips allow the crew to experience zero gravity, enjoy impressive views, then quickly return to Earth. A trip lasts 10-15 minutes and does not require complicated training.

In Russia, the system is much more rigid – if a tourist goes into space, they have to stay for a minimum of one week. They also must be in excellent health and they spend weeks preparing for the trip at the Baikonur launch pad – as Mr Maezawa has.