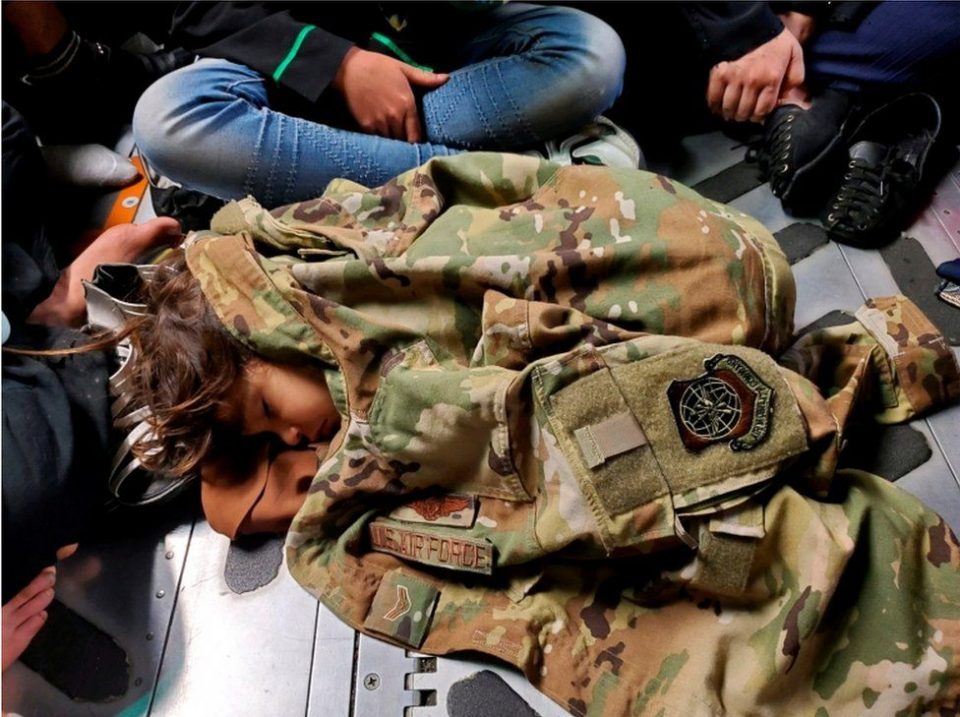 US President Joe Biden says US troops may stay in Afghanistan beyond his planned 31 August withdrawal date to help evacuate Americans.

There have been chaotic scenes at Kabul Airport as foreign powers seek to get their citizens home.

President Biden again defended his handling of Afghanistan, where the Taliban have capitalised on the US pulling out to sweep to power.

He told US broadcaster ABC News he didn’t think he’d made any mistakes.

“The idea that somehow there’s a way to have gotten out without chaos ensuing, I don’t know how that happens,” he said.

Mr Biden had wanted US forces out by the end of this month, but thousands of US citizens are stranded in the country.

Washington has pledged to evacuate all remaining American citizens, along with 50-65,000 Afghans – such as former translators for the US military.

Over 5,000 US troops are on the ground helping operations at Kabul’s airport but Taliban fighters and checkpoints ring the perimeter.

The Taliban are blocking Afghans from entering the airport without travel documents – but even those with valid authorisation have struggled.

In his interview, Mr Biden was asked about images that went viral this week of Afghans falling from an American military plane as it gained altitude over Kabul.

On helping US citizens stuck in Afghanistan, he said “if there’s American citizens left, we’re gonna stay till we get them all out”.

Mr Biden was pressed on his assessment only last month that a Taliban takeover of the country was “highly unlikely”.

He said intelligence reports had suggested such a scenario was more likely by the end of this year.

“You didn’t put a timeline out when you said ‘highly unlikely’,” said interviewer George Stephanopoulos. “You just said flat out it’s ‘highly unlikely that the Taliban would take over.'”

“Yeah,” replied Mr Biden, who also assured Americans in April that the US withdrawal would be safe and orderly.

Asked if he thought the Taliban have changed, the US president said no. He said they now faced an “existential” choice about whether they want to be recognised by the international community.

Since taking power the hard-line Islamists have sought to present a more moderate face but there have been reports of protests being violently suppressed and women stopped from going to work.

Intelligence sources tell the BBC that Mr Biden had well understood the risks of his withdrawal, but he was strident in his decision to get out this year.

In the end, he was “functioning as his own principal analyst”, said Paul Pillar, a former CIA officer now at Georgetown University.

“The Taliban was eventually going to prevail,” Mr Pillar said. “But the speed or pace, or when something is going to happen, is essentially unpredictable.”

“Was this an intelligence failure? My guess is probably not,” he added.

About two-thirds of Americans say the war in Afghanistan was not worthwhile, a new poll has found. Some 47% of those polled said they approved of Mr Biden’s handling of international affairs.