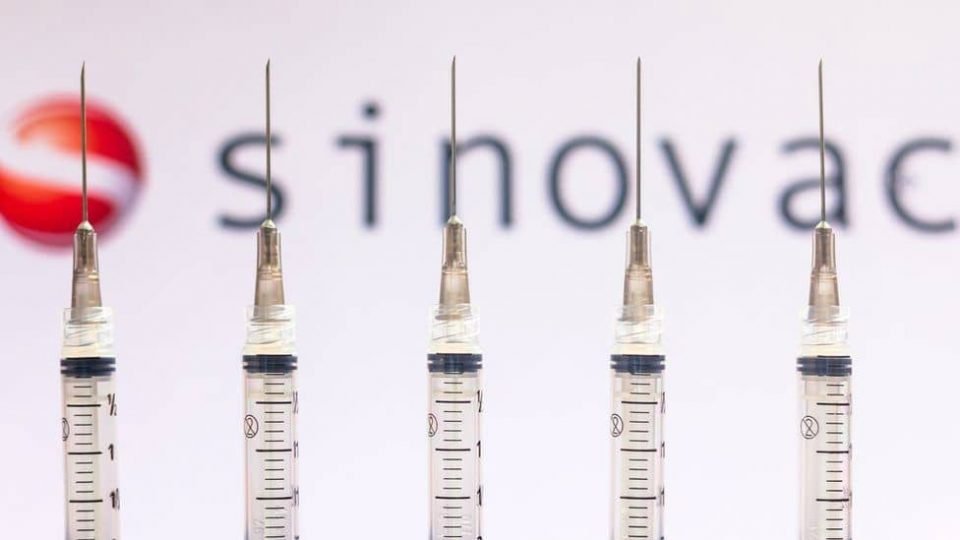 Chinese vaccine producers Sinovac and Sinopharm have signed on to global vaccine sharing scheme Covax, which aims to distribute vaccines to poorer countries.

The Global Alliance for Vaccines and Immunization (Gavi) said it would make 110 million doses of the vaccines available as part of the scheme.

Covax has agreements with the manufacturers of 11 vaccines and plans to provide 2 billion doses across the world by early 2022.

Both Sinopharm and Sinovac, which have been approved by the World Health Organization (WHO) for emergency use, are already being used in China and dozens of countries around the world.

But what do we know about China’s vaccines and how do they compare to those being developed elsewhere?

How does the Sinovac vaccine work?

The Beijing-based biopharmaceutical company Sinovac is behind the CoronaVac, an inactivated vaccine.

It works by using killed viral particles to expose the body’s immune system to the virus without risking a serious disease response.

By comparison the Moderna and Pfizer vaccines are mRNA vaccines. This means part of the coronavirus’ genetic code is injected into the body, triggering the body to begin making viral proteins, but not the whole virus, which is enough to train the immune system to attack.

“CoronaVac is a more traditional method [of vaccine] that is successfully used in many well known vaccines like rabies,” Associate Prof Luo Dahai of the Nanyang Technological University told the BBC.

On paper, one of Sinovac’s main advantages is that it can be stored in a standard refrigerator at 2-8 degrees Celsius, like the Oxford vaccine, which is made from a genetically engineered virus that causes the common cold in chimpanzees.

In contrast Moderna’s vaccine needs to be stored at -20C and Pfizer’s vaccine at -70C.

It means that both Sinovac and the Oxford-AstraZeneca vaccine are a lot more useful to developing countries which may not have the facilities to store large amounts of vaccine at such low temperatures.

How effective is it?

The WHO said studies showed the Sinovac vaccine “prevented symptomatic disease in 51% of those vaccinated and prevented severe Covid-19 and hospitalization in 100% of the studied population” for adults aged 18 and older, when it approved the jab in June.

It added that only a few adults over the age of 60 were enrolled in clinical trials, so efficacy could not be estimated for that age group.

However, there is little data about its effectiveness against the Delta variant.

What about the Sinopharm vaccine?

The WHO approved the Sinopharm vaccine which is produced by a Chinese state-owned company.

Like Sinovac, it is an inactivated vaccine which triggers the production of antibodies that fight the coronavirus.

The virus is killed before being injected into people’s bodies, so it can’t transmit Covid-19.

At the time, the WHO said: “Vaccine efficacy for symptomatic and hospitalized disease was estimated to be 79%, all age groups combined.”

However, it added once again that there wasn’t enough over 60s enrolled in clinical trials to estimate the efficacy for the age group. It still recommends the vaccine for older people though.

China has administered more than a billion doses of its vaccines to its residents, according to China’s National Health Commission.

The spread of the coronavirus within China has for the most part been contained – and the country has largely opened up.

Which countries are administering China’s vaccines?

More than 80 countries are using China’s Covid vaccines, including many in Asia, among them Indonesia, Thailand, Malaysia, Vietnam and the Philippines.

However, some countries that opted for the Chinese jabs have high vaccination rates, and are still seeing a surge in infection numbers.

For instance, Chile re-imposed a curfew and brought back restrictions on travelling in response to the Delta variant, which is more transmissible than previous variants.

More than 70% of Chileans are fully vaccinated, most with the Sinovac vaccine.

The Seychelles and Mongolia, meanwhile, have recently recorded some of the highest increase in cases per capita, despite their small populations.

Both are relying heavily on Sinopharm and their vaccination programmes are advanced: 68% of adults are fully vaccinated in the Seychelles and 55% in Mongolia.

Thailand has changed its vaccine policy to mix China’s Sinovac with the AstraZeneca vaccine in a bid to boost protection after hundreds of medical workers caught Covid despite being fully vaccinated with Sinovac.

Meanwhile in Indonesia, the main doctors and nurses’ association said at least 30 healthcare workers died despite receiving two doses of the Sinovac vaccine.

The country is now planning to switch to different Covid-19 vaccines for second doses or administer booster shots to increase efficacy.

So are the vaccines failing?

Vaccines are not the only factor to explain what’s going on in these countries.

One reason could be that the efficacy of vaccines might be waning or they are not as effective against new variants.

Pfizer has said recently that it will seek authorisation for a booster shot in the United States to improve immunity.

But there are other factors to consider.

In Indonesia, the main doctor’s association said comorbidities may have played some part in the death of healthcare workers.

The country also has extremely low vaccination rates – with just over 5% of its population receiving both doses.

In Chile, some experts have blamed the spike in cases on people mingling too soon after getting the first dose of the vaccine.

Prof Ben Cowling, head of epidemiology and biostatics at University of Hong Kong, said despite having a “modest efficacy” against symptomatic Covid, both Sinovac and Sinopharm give “very high level of protection” against severe disease.

“That means that these inactivated vaccines would have already saved a lot of lives,” he told the BBC.

How do variants affect vaccines?

The Sinovac and Sinopharm studies, however, tested the efficacy of vaccines against the virus that was first found in the Chinese city of Wuhan. No new data has been published on how they fare against variants.

Based on studies trying to model immune protection from the virus, Prof Cowling estimates the protection offered by inactivated virus vaccines against the Delta variant could be as much as 20% lower compared to the original strain.

His calculations suggest an even larger reduction against the Beta variant first found in South Africa, which is the one that most differs from the original virus.

Professor Jin Dong-yan, a virologist also from the University of Hong Kong, told the BBC it’s “expected” that the efficacy of the Chinese vaccines will go down against the variants, including Delta.

But he said “Sinovac and Sinopharm are good vaccines” and people who do not have access to vaccines with higher efficacy should still receive their injections.

However, he said, they should continue to follow social distancing rules and other measures to curb infections.