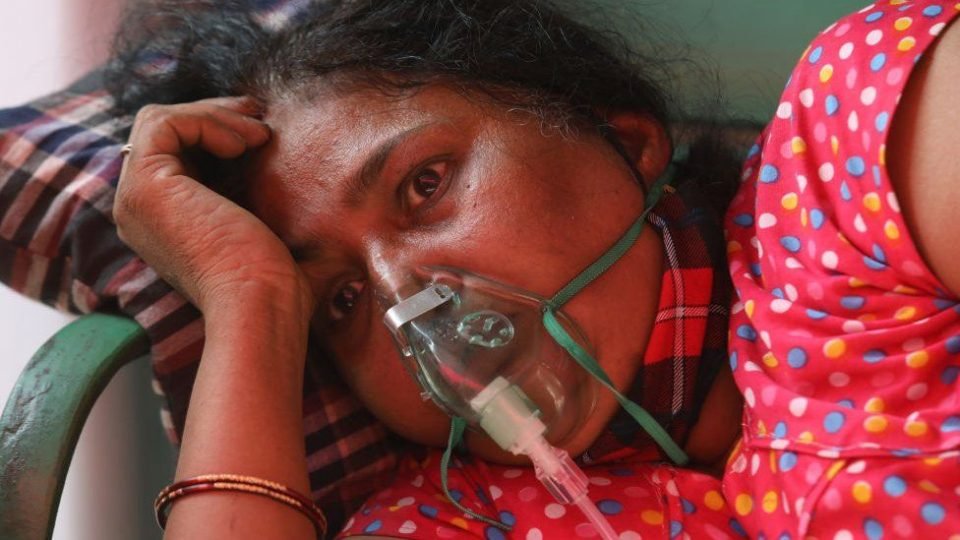 India is beginning to reopen after a second wave of Covid-19 infections devastated the country in April and May. But now experts warn that a third wave could strike in the next few months.

Courts have questioned state governments over their preparedness, some experts have warned that a third wave could hit within 12-16 weeks, and others are worried that new variants, including the much-talked about Delta plus, could weaken existing vaccines.

Delta plus is related to the Delta, an existing variant of concern first identified in India last year that was responsible for the deadly second wave.

But how realistic are these fears? Subsequent waves are expected, but their severity and spread depend on a number of factors.

The number of average daily cases in India has fallen to just over 50,000 in recent days, down from the peaks of 400,000 in May. The drop in numbers has largely been attributed to strict lockdowns by states.

Crowding in markets, election rallies and religious festivals was blamed for the second wave. Bad policy decisions, poor surveillance and ignoring early warnings were some of the other reasons. If the same mistakes are repeated, experts say, that could hasten the third wave.

Dr Chandrakant Lahariya, a public policy and health systems expert, says India is once again at a delicate phase and how people behave will largely determine the fate of the next wave.

He says it’s important that states reopen the economy gradually. “If we rush into reopening and people don’t follow Covid safety protocols, we only help the virus spread faster.”

He advises that safety protocols need to be implemented at “a localised level” – if specific markets and businesses don’t follow rules, they should be penalised.

Can new variants pose a threat?

The Delta variant largely drove the second wave. Experts believe that more such variants could appear in future if the virus is allowed to run through the still susceptible population.

The Indian government has announced that a new variant, named Delta plus, is a “variant of concern”. But there is not enough data at the moment to say that it could cause a third wave. However experts say the scenario “could change within weeks”.

Epidemiologist Dr Lalit Kant says the threat of new variants derailing progress will exist as long as the virus keeps spreading. “We need to further scale up our sequencing efforts to identify dangerous variants early and apply containment measures,” he adds.

India had sequenced 30,000 samples until June, but experts believe more needs to be done. Dr A Fathahudeen, who has treated thousands of Covid patients, says current vaccines appear to work on known variants – but there is no guarantee that they will work on new variants. There have also been instances of people becoming ill despite having been vaccinated – especially after getting the first dose.

He believes that another wave is inevitable but “we can delay and contain it with appropriate measures like sequencing – to keep an eye on mutations – and strictly enforcing safety protocols”.

“If we don’t do all this, then the third wave could sneak up on us faster than we can imagine.”

Are vaccine coverage and past infections enough?

The outcome of the third wave also depends on what level of immunity India’s population has – both from prior infections and from vaccines. The country averaged 3.25 million doses every day between 9 and 22 June. But it needs to reach 8.5-9 million doses daily to meet its target of vaccinating the eligible population by the end of 2021.

Just over 4% of Indians are fully vaccinated and about 18% have received one dose so far.

Dr Lahariya says if the speed doesn’t pick up, millions will still be vulnerable, although immunity from past Covid infections can protect people.

But it’s hard to establish the number of Indians who were infected and may have developed natural antibodies to fight the virus. Many in cities, towns and villages struggled to get tested and have no way of knowing if they had the infection. Even the number of Covid deaths has been under-reported. Dr Lahariya says that the number of people who have immunity from a prior infection could be between 55-60%.

Gautam Menon, a mathematical modeller and professor of physics and biology at Ashoka University, puts the number even higher at about 60-70%. He is confident that India will not have to endure the intensity of the second wave again.

But he cautions against complacency.

“Even if a substantial fraction of our population has already been infected, there is still about 20%-30% who have not, including those who are elderly or immunocompromised. So we should focus on surveillance to ensure that any rise in cases is detected fast,” he says.

But experts unanimously agree that people cannot take Covid lightly as India still has a sizeable susceptible population and the threat of potentially deadlier variants still looms. “So a third wave is inevitable, it’s up to us to delay it and limit its impact,” Dr Fathahudeen says.

“Just spare a thought for healthcare workers who have been in this battle for more than a year. We are tired, please don’t let your guard down. I am not sure if we can endure a third wave,” he adds.

Sarah Gilbert: Next pandemic could be more lethal than Covid