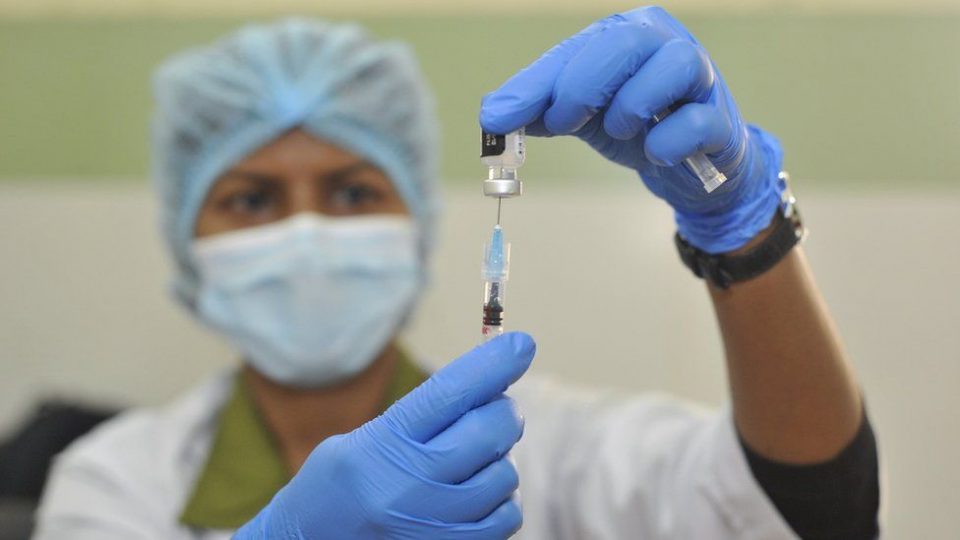 It comes as the first lab tests of the new variant in South Africa suggest it can partially evade the Pfizer jab.

Researchers say there was a “very large drop” in how well the vaccine’s antibodies neutralised the new strain.

But the WHO’s Dr Mike Ryan said there was no sign Omicron would be better at evading vaccines than other variants.

“We have highly effective vaccines that have proved effective against all the variants so far, in terms of severe disease and hospitalisation, and there’s no reason to expect that it wouldn’t be so” for Omicron, Dr Ryan, the WHO’s emergencies director, told AFP news agency.

He said initial data suggested Omicron did not make people sicker than the Delta and other strains. “If anything, the direction is towards less severity,” he said.

The new South African study – which has not yet been peer-reviewed – found the Pfizer/BioNTech vaccine may result in up to 40 times fewer neutralising antibodies against Omicron than against the original Covid strain.

But Omicron’s ability to escape vaccine antibodies is “incomplete”, said Prof Alex Sigal, a virologist at the Africa Health Research Institute, who led the research.

He said the results, based on blood tests from 12 people, were “better than I expected of Omicron”.

Prof Sigal said vaccination, combined with previous infection, could still neutralise against the variant. That suggests boosters may bring a significant benefit.

Scientists believe previous infection, followed by vaccination or a booster, is likely to increase the neutralisation level and will probably protect people against severe disease.

More data on how well the Pfizer jab works against Omicron is expected to be released in the coming days.

There is no significant data yet on how the Moderna, Johnson & Johnson and other jabs hold up against the new variant.

Omicron is the most heavily mutated version of coronavirus found so far.

It was first identified in South Africa, where there is now a surge in the number of people catching Covid multiple times.

But Omicron’s ability to cause severe disease is not yet clear.

There have been more than 267 million cases and more than five million deaths around the globe since the pandemic started in 2020, according to data from Johns Hopkins University.

What do South Africa lab tests tell us about Omicron?

﻿Some drop-off is not surprising.

The amount seen in this small study is in the ballpark of what scientists were expecting given the substantial mutations that Omicron has compared with original Covid that the vaccines were designed to fight.

What these early lab results still can’t tell us is what it truly means in terms of how well existing vaccines work in protecting people around the globe.

Neutralising antibodies – which latch on to the virus to stop it infecting our cells – are just one part of the immune response to Covid.

Jabs, or past infection, also trigger T cells that help protect us against the virus.

The picture will become clearer in the coming weeks as we gather more data from around the world on how many people are catching Omicron, how sick they are getting and whether they were vaccinated or not.

Why China is still trying to achieve zero Covid